Here are all of the samples from ROMs! Lossless conversion from its oddly implemented sign.mantissa format, in the exact sequence that they were inside WaveROMs: ENJOY

It is also possible to burn custom waveform ROMs for it, or even make a hardcore sample loading addon. Yet it may be rather messy and unrewarding. If there will be any interest, I can make a command line tool for wave data conversion into DR8 format.


Regarding sounds and general information, you can check out the awesome Ruskeys.Net website.

It seems that most soviet power supplies are extremely prone to fail by design. Lel PSR and Dr-8 supplies are no exceptions, as both of mine had failed for no reason. Here are full schematics for Dr-8 supply meticulously drawn by my good friend Harry the Opcode0x90. Dr-8 power supply is split between an external box (semi-wall wart) and internal board. 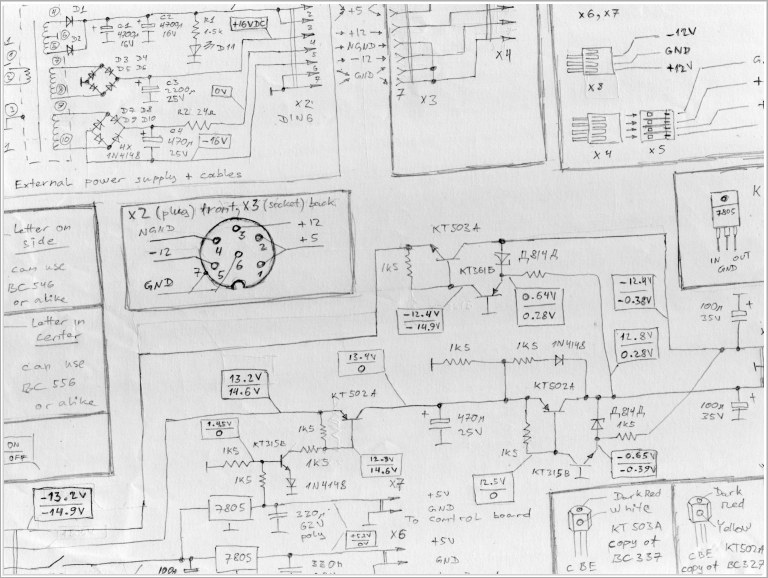 For some weird reason, nobody else seemed to have dumped ROMs from this soviet drum machine. So I had to do it and share them with you :)
Or maybe, somebody had made ROM dumps, yet after spending hours desoldering chips (or some other reason) just didn't want to share them for free.

So here we go!

Currently there is no picture with actual ROM chip placements on the PCB. I hope to do one someday and add to the archive as well.
Original IC position numbers are unknown due to the pcb missing any silkscreen print.
I plan to post here a lot of technical notes on it's internal workings.

Thanks to Harry Opcode0x90 for providing me with desoldered ROM chips and PSU schematics!